welcome to lion and lamb
Lion and Lamb is a Twilight semi-AU role-playing site set in January 2005. The Cullen family have lived peacefully, mostly, in Forks, Washington for the past two years. None of the humans in Forks suspect that they have vampires living among them, but will that change? Isabella Swan has just moved to Forks and while she suspects something is strange with the Cullen family, she doesn't have enough evidence to prove it. Most of the people of Forks are living their lives in the small town of Forks like nothing extraordinary is happening around them - that is, until one of the kids at school shows signs of elemental abilities.
premade theme eloquence
Eloquence is a Proboards v5 free premade theme, designed by punki of Adoxography and Pixel Perfect. This theme is best optimized for Mozilla Firefox. Free-to-use photos by various artists of Unsplash. Forum icons by Font Awesome.
lion and lamb
LION AND LAMB is the product of the mind of COURT; all contents are copyright their original owners. All characters belong to their original creators, and may not be used or replicated without permission. All images are copyright their original owners.
a twilight semi-au rp
lion and lamb
about staff awards navigation credit 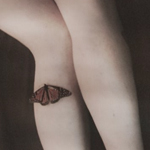